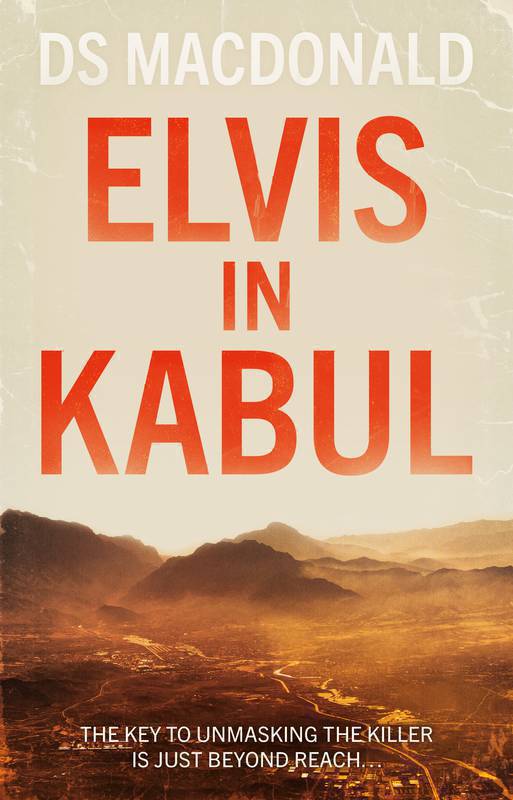 Kabul 2005: the body of Waheed, a UN agency driver, is found in a vehicle riddled with bullet holes.

Gil Moncrief, an agency advisor already struggling over his wife's mysterious disappearance, searches for Waheed's killer in a city of intrigue and insecurity where police have no modern methods of detection or interest in solving the case. Through his search, Gil comes up against the ruthless men involved in schemes of bootlegging, corruption, kidnapping and heroin production.

In the centre of it all is a small plastic figure of Elvis that dangles from the windscreen; the key to unmasking the killer.

DS Macdonald weaves an intricate mystery influenced by his own experiences while travelling and working in Afghanistan.

DS Macdonald is a sociologist with extensive experience in the field of drug control in several countries in Africa, South Asia and the Middle East. Having worked for the United Nations Office on Drugs and Crime (UNODC) as a Drug Demand Reduction Specialist for Afghanistan, he now spends most of the year in Scotland writing and teaching Qigong. He has published many articles and reports in newspapers, magazines and journals relating to his work including his first book Drugs in Afghanistan: Opium, Outlaws and Scorpion Tales (Pluto Press, 2007).

This is a gripping, bleak and exciting story, enhanced by the the author’s personal experience of being immersed in Afghanistan’s culture, people and history.