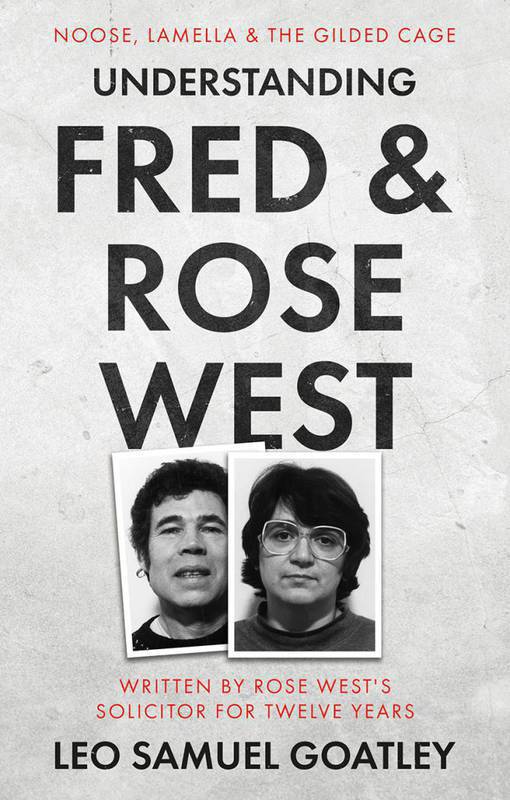 Fred and Rose West, between them were charged with the serial murder of twelve young women and girls, spanning a period of over twenty years. While they were known to the police, incredibly the monsters that lurked within remained undetected, concealed in a cocoon of mundane domesticity, surrounded by children and the frenetic humdrum of Gloucester working-class life.

Yet their crimes had a depth of depravity and horror quite beyond belief, where this psychopathic folie à deux acted out uncontrollable sexual perversions on innocent young women before their lives were taken and their bodies destroyed. Fred committed suicide awaiting trial. Rose West was convicted in 1995 of ten murders after a lengthy trial at Winchester Crown Court.

So, who were Fred and Rose West, and how did they become the monsters they were? What in their respective nurturing and personalities made them do what they did?

These are the questions the law does not ask. Rose West’s solicitor for twelve years, Leo Samuel Goatley, uses an eclectic mix of experience and knowledge to offer some philosophical leads to consider and apply in a subjective and innovative psychoanalysis to the aberrant lives of Fred and Rose West.

Leo Samuel Goatley lives in Gloucester. He has practised as a solicitor for over thirty-five years and during that time covered the full panoply of criminal legal aid work. From 1992 to 2004 Goatley acted for Rose West, firstly in proceedings relating to child abuse allegations and then from 1994 onwards in the ‘House of Horrors’ trial and subsequent appeal relating to the serial killing of young women and girls by Fred and Rose West. Prior to qualifying he attended the College of Law in Chester.

Looks like there are no reviews for this book yet. Be the first to review "Understanding Fred and Rose West: Noose, Lamella and the Gilded Cage".