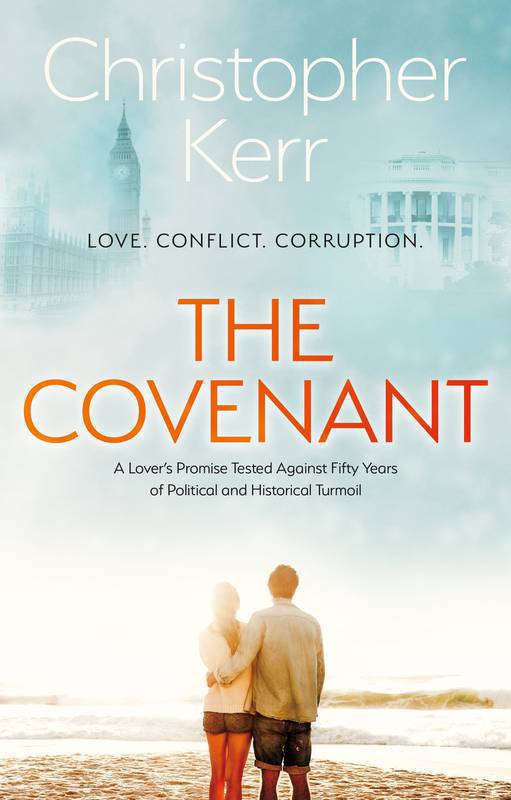 A story of love, conflict, and corruption spanning half a century.

After experiencing a passionate summer of love, two young people part after making a Covenant which haunts them for a lifetime until they are drawn back to where it all began.

Their epic life journeys are glittering, yet corrupting - contrasting and clashing with the ideals nurtured during the iconic revolutionary era of "love and peace". With dizzying careers, their lives brush with the rich and powerful, including some of the most influential people in the world. Both seek to make a difference, but is success worth the price?

Idealism battles pragmatism in an era of political and historical turmoil including some of the greatest tragedies and scandals to rock the late 20th and early 21st Centuries.

One day, 50 years after they first met, a crazy, spontaneous moment changes everything.

Christopher Kerr has become a fiction writer after a varied career as a civil servant, marketing executive, sales trainer, and entrepreneur. He now concentrates on his writing which fulfils a lifelong ambition. This has become a passion and one which he describes as “a creative labour of love” (on most days!) Christopher’s debut novel, The Covenant, is a human drama story set against a background of contemporary and historical real-life events posing many poignant life questions. His professed wish is that readers find his work thought-provoking, compelling and enjoyable. He lives in a Welsh village in welcome peace and tranquillity where he is currently working on his third novel.

This book is absolutely brilliant. I was totally absorbed in it from start to finish. A great read - loved the characters and the story - highly recommended.

A highly recommended story that absorbs you from page 1 right through to the end , a book you can’t put down. Interesting characters , worth the time to buy , open and read x can’t wait for Chris’s next book .