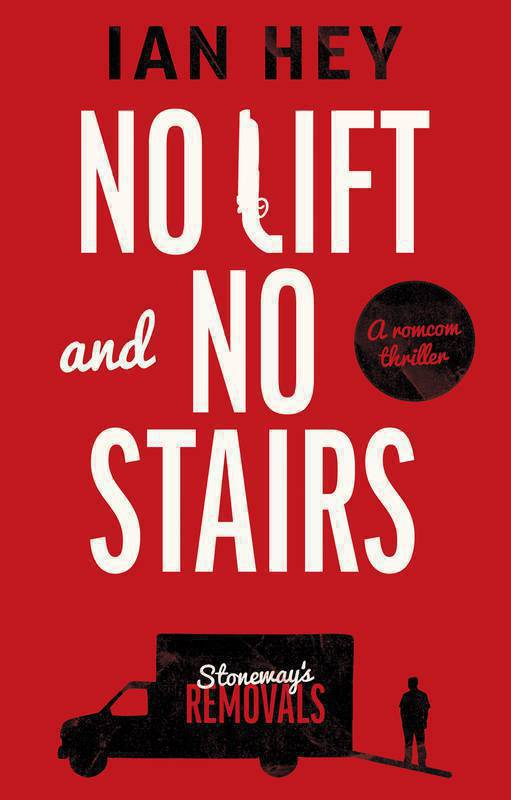 No Lift and No Stairs

Possible salvation appears in the form of Stoneway’s new employee, the attractive and sophisticated, Emily. A relationship tentatively blossoms but Peter is aghast to learn that Emily’s baggage not only includes her over-protective and impudent teenage son, Charlie but also her jealous ex-husband, the notorious local crime lord, Ray Henderson.

Peter finds himself unwittingly dragged into an underworld of sexual intrigue, blackmail and murder.

Set against the backdrop of council estates, squats, pubs, café’s, Saturday afternoon football and the omnipresent humour of removal men, No Lift and No Stairs is a romcom thriller full of colourful characters that won’t let the reader rest until the very last page.

After his partner mentioned that his writing was funny in 2007, Ian Hey started writing in earnest. Since then, he has had three of his One Act plays performed at The Cornerhouse in Tolworth, Surrey as part of their OneAct Festival. No Lift and No Stairs is his debut novel. Ian now lives on the south coast with his partner and Lola, their wire-haired dachshund.

Looks like there are no reviews for this book yet. Be the first to review "No Lift and No Stairs".