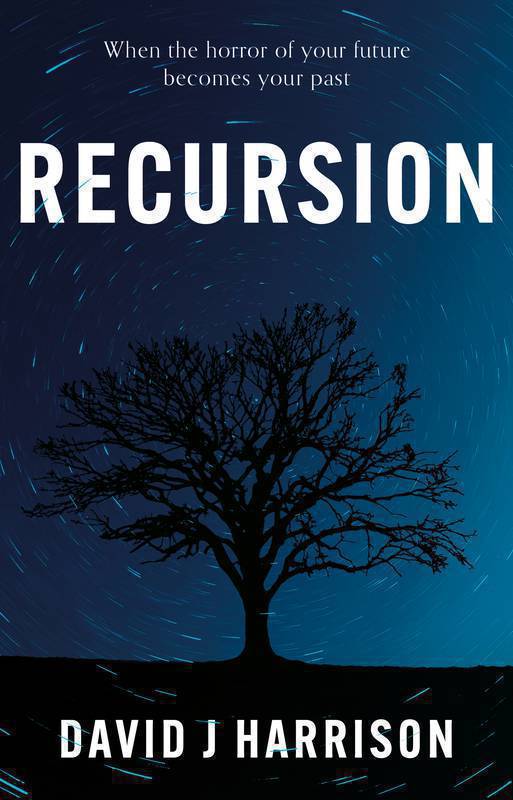 Everything that is going to happen already has.

During a disruption in the timeline of a sleepy Lake District village, the erratic and strung-out artist Haruki Kensagi cannot help but feel that he’s been here before, either in his past or in his future.

Haruki, struggling with both his painting and his mental health, disappears. His long-suffering wife Jane Kensagi, herself a brilliant musician, interrupts her career to look for him unaware that a malignant and ageless entity awaits them both under the dark fells of the Lake District.

The estranged couple becomes caught up in a dangerously recursive series of events surrounding a dormant cosmic force. They encounter a cabal of enigmatic characters who may hinder or help in equal measure. And over all this madness, the monstrous but charismatic Captain presides; part faith healer, part cult-leader, all saviour.

Haruki and Jane are taken to the limits of sanity and beyond in their attempt to escape from the evil that has been unleashed.

David J Harrison only realised that Lord of the Rings had been read out to him as a sleeping child when as a teenager he sought an explanation for its familiarity. On a more conscious level, he was brought up on a diet of classic science fiction and fantasy, most notably the stories of Robert E Howard, Lin Carter and L. Sprague de Camp. Little wonder that he chose psychology as his degree subject. He works in biotechnology, specialising in medical devices and is excited to have contributed towards several important new medicines. He lives in Cambridge with his wife and children who he stops reading to when they fall asleep.

I stayed up all night to read this, and I'm glad I did, because I dared not go out afterwards until the morning.

I love both Murakami and Stephen King, and Recursion does not disappoint. Beautifully written, the author skilfully captures the growing confusion and horror that pervades this tight thriller. It is haunting, resonant and totally terrifying.