Set in Guatemala in the mid-Eighties, during a very turbulent historical period, Livingston Unfound is the journey of a woman, Monica, travelling on her own, taking risks and facing dangers, choosing friends and lovers across cultural boundaries, and, above all, struggling to come to terms with the inevitable contradictions that come with being an affluent foreigner in a land of poverty and repression.

The journey she sets out on forces her to acknowledge her privilege, while she aspires to see the world with new eyes. As she strives to make close and intimate friends across class, race, and cultural differences, she is confronted by the conflicts that come with being a traveller far from home.

Mara Benetti has a degree in Latin American Studies from Essex University and an M.A. in Social Anthropology from Goldsmiths College. She started teaching languages – English, Italian and Spanish – over thirty years ago in a variety of institutions such as Westminster University, Goldsmiths College, Imperial College London, and UCL. Presently, she works at Imperial College and is the author of two language textbooks published by Palgrave and co-translated Woman at War by Dacia Maraini (from Italian into English). Her translation of Gospel according to Mary, a fiction novel by Barbara Alberti (Castelvecchi, 2007) is awaiting publication. She lives in South West London.

Anyone interested in a good read and a story filled with the joys of travel, its dangers, and its disappointments, will get much from this cautionary tale. We’re in Latin America where our protagonist, Monica, hopes to put her degree in Latin American studies to good use, and the pain of broken relationship behind her. She yearns to play her part in supporting the successful revolutions there, but doubts she has what it takes to weather the sacrifices such work demands. This is the time of covert US operations bent on reclaiming the region for corporate capitalism, but this ‘big picture’ is the backdrop to Monica’s more personal journey. It’s a journey that nonetheless speaks to the here and now: to the gap between rich and poor, to the inequality between races, to violence against women and the bonds of friendship and solidarity between them, not least between Monica and her mother whose arrival hastens events to their touching conclusion.

We meet Monica as the bus she’s travelling on is stopped by armed soldiers. She’s in Guatemala on a break from her job in Nicaragua teaching English to middle-class urbanites. ‘Where are the workers, the campesinos, the ones that laid down their lives for this revolution?’ she asks the young American volunteer, Martin, with whom she has a tender ‘on the road’ romance as they explore the Guatemalan highlands. Her time with Martin, and an encounter with a brave human rights worker inspire Monica to become a volunteer, but an ego-bruising interview has our protagonist questioning her motivations and good intentions.

After some agonising, Monica decides to follow her more hedonistic impulses as the prospect of a reggae concert takes her across the country to Livingston, a small coastal town settled by, among others, people of African-Caribbean descent – the Garifuna. It is here that the book and the quality of the writing step up a notch. We meet the many characters Monica encounters as she learns the ways of the Livingstonians. Her guides are the self-appointed and self-regarding Tomas, and the two Italian sisters, Mariangela and Giulia, whose kindness and generosity towards Monica are matched only by the financial support they offer the two local men they settle down with. Monica’s own brief liaison with a young local man quickly turns sour and threatening, and Tomas’s goading ‘advice’ to ‘stick to one man’, together with her own feelings of loneliness, leads Monica to couple up with Rafael, a handsome and volatile charmer. It is this relationship, and the characters of Rafael and his extended family, that dominate the book bringing it alive as it shifts between humour and pathos, each episode pulsating with the changing rhythms of Livingston’s tropical climate, and the reggae and soca sounds that first lured Monica there.

I hugely enjoyed this novel. As we follow Monica on her travels through Guatemala, a well-conveyed sense of her insecurities and vulnerabilities engenders a deep sense of empaithy in the reader. As someone who lived in Central America in the 1980s, when the novel is set, I can say that each scene has a real authenticity. Nothing in the book came across as false or contrived. James Joyce said "Imagination is memory" but applying this to fiction writing is difficult, because one's remembered experiences do not correpsond to a linear plot development. The author admirably meets the challenge of situating an increasingly gripping plot line in a richly described, truthful setting.

The bulk of the novel is set on Guatemala's Atlantic Coast in the town of Livingston. Like the pace of life there, it's a slow revelation of layers of conflict beneath the apparently tranquil surface. The longer Monica stays, the more insight she gets into the social dynamics of the town and her place within it. The novel's pace and content here begin in a leisurely fashion, but as it goes along, it increasingly becomes a page turner, reaching a well-crafted and highly believable climax.

The descriptions of scenery are very evocative and the characterisations rounded. Interactions with other travellers and activists in the first part of the book capture something irrecoverably lost in today's neoliberal and individualistic times - a level of companionship and idealism, often naive and shallow, but seldom insincere. This novel has a confidence and maturity that rewards its readers. It dseserves to be widely read.

I liked this book very much. Honest, thought provoking and entertaining at the same time.

I can't remember the last time I read a novel which I could not put down, and was sorry when it ended.

Mara Benetti gives us the sights, sounds, tastes, excitement and frustrations of living and travelling in Central America through Monica's experiences and feelings, especially around social class, perception of privilege and excitement from getting close to the local culture.

A nice book about ambivalence of feelings and choices. Monica is torn on whether she can forget her Italian origin, accept being a middle class educated woman in England or choose a country that lives up to her political ideals. It is an initiatic journey into her expectations and self awareness. Her mother's visit is the turning point of the story. Genuine, strong-willed and rational, she could lead Monica to her final decision. Very enjoyable !

Livingston Unfound is a vivid and engrossing account of a young woman traveller in Central America in the 1980s. Inspired by the political idealism of the time, Monica is searching for a meaningful encounter beyond conventional tourism but she comes to realise that the worthy challenges of political activism and volunteer work are not really for her. By chance, she finds herself in the relaxed backwater of the Garifuna community, and here she begins to settle into the rhythm of everyday life, far away from the tensions and dangers of the ongoing civil war in Guatemala.
The novel captures the people she meets and the relationships she forms with great warmth and humour, while also bringing a clear -eyed honesty to the position of being a relatively privileged outsider, and to the unexpected ways she is sometimes seen by the local community.
Mara Benetti writes with an immediate and immersive voice which does tender justice to the brave and independent project that Monica has set herself. When she falls in love, she eventually has to decide whether she can truly put down roots in Livingston, and leave the claims of her earlier life and aspirations behind her.
Livingston Unfound explores the challenges of travelling for women, but also questions the cultural nature and maybe the limitations of travel in a novel which is a deeply enjoyable and satisfying read.

Powerful and immersive novel - I felt I was with the narrator every step of the way on her journey. It took me back to that generation of dreamers, those who rejected capitalism and wanted to travel the world, do some good and leave their mark. Central and South America were a huge draw to those who wanted to follow the revolutions and fight the good fight to see better systems in place and as a result better lives! They delved into new cultures, learning from them and trying to find integration without prejudice…
Only to discover that poverty is a great leveller - and that problems of crime, deprivation, alcoholism will always follow in its wake, until the day everyone has a decent living wage in an equitable society.
A generation that didn’t change the world but grew wiser in the attempt.

This is an enjoyable and entertaining autobiographical account of the writer’s travels in South America from almost 30 years ago. There is a strong concern with politics and asking key questions about the nature of romantic relationships across cultural divides. It offers very detailed description of the geographic, political and cultural settings. It is beautifully written.
Key questions that underpin the narrative are the nature of visiting ‘exotic’ countries and the contribution the visitors can make to being present where there is so much poverty and in injustice. The persona of Monica explores these issues in some depth.
The other key aspect is Monica’s response to the inbuilt sexism she encounters in many different situations, developing her own autonomy and reactions to a wide range of social/romantic relationships.
This is more than a travelogue, it is highly nuanced exploration of politics and relationships across cultural difference.
I would highly recommend this book!!

This delightful autobiographical novel left me with a sense of optimism, despite its serious themes. The many gorgeous descriptions of Guatemala in the 1980s are combined with lively dialogue to create an accessible page-turner and sense of involvement with the characters. Part of this book’s charm is its enjoyable lack of predictability. So amidst jungle and eccentric village descriptions, Mara Benetti introduces themes like the privileged position of the European tourist and denial of male violence. Her self assessments are scathingly honest, but form just one strand in this life-affirming book.

This wonderful book gives an evocative account of Monica’s search for adventure, friendships, love, and herself in Guatemala in the 1980s. Described as autofiction, the book is based on the author Mara Benetti’s own travels in the mid-1980s which took her to Livingston, a coastal town in Eastern Guatemala. The author evokes this time and place beautifully as we follow Monica, an educated Italian woman, beginning her new life living in a thatched hut by the Caribbean Sea. We are introduced to Monica’s friendships with Livingstenos and visiting Westerners and her growing feelings for Rafael – a handsome, married man from the Garifuna community. Monica is initially joyful and reinvigorated by her new surroundings but the reality of poverty, male violence, and class, race, and cultural differences, throw into question the future she imagines for herself. When her mother comes to visit, we see Monica’s life through her mother’s unflinching eyes and the time comes for Monica to have to make a choice. This is a beautifully narrated tale about the pursuit of purpose, identity, and love. 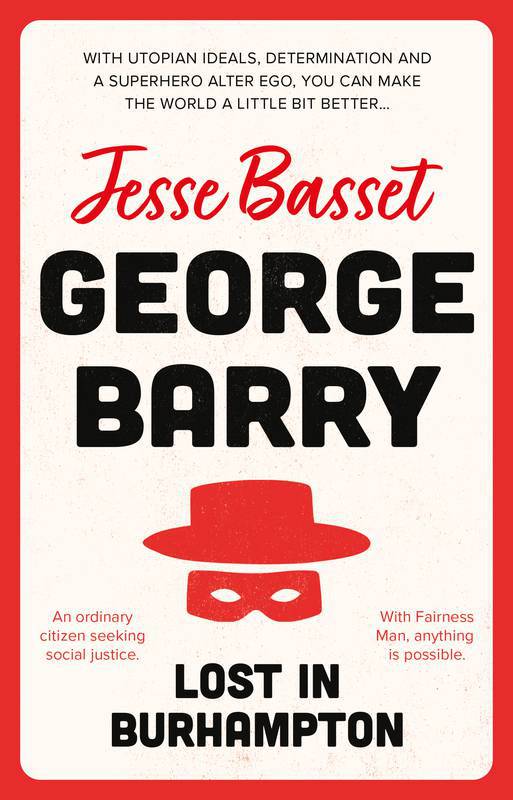 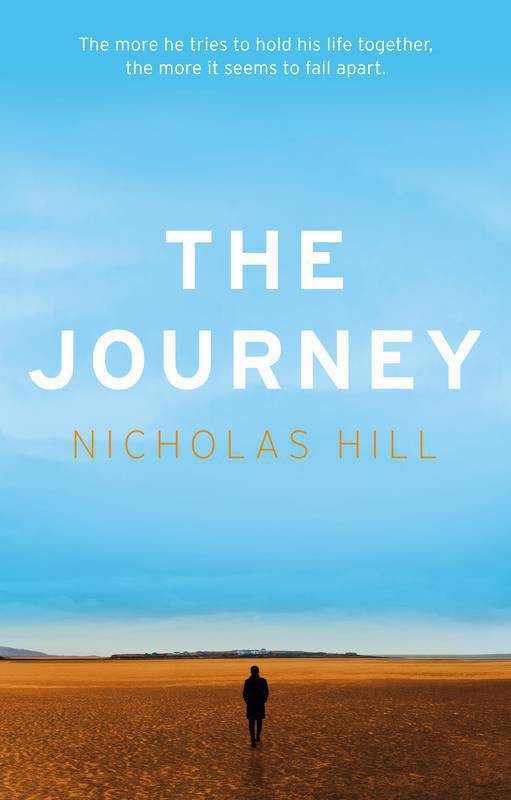