Sevil Bütüner was born on an autumn day, her favourite season of the year, in Izmir, Turkey. She is married with two children. Her daily routine includes nature walks and doing yoga, while her hobbies include listening to classical and jazz music, watching and spending time with animals. Residing half of each year in her home in Salford, England, you could most likely catch her at a nearby park. Described by her friends and family as a lover of dogs, birds and squirrels, and she always has a few treats in her bag to give them.

When she was diagnosed with breast cancer in 2013, she felt that this was a warning sign for her to change and revaluate. This led her to an inward journey, which rekindled her passion for writing that was buried deep within many years.

According to Sevil, who loves writing and reading fiction, every story introduces its readers to different worlds and offers the chance to reside in them for a while. The moments which she is the most at peace are the ones where she is able to write down her thoughts, with her steaming cup of coffee, watching the rain outside. Spiritualism and healing have fascinated her throughout her life. She believes that wandering in the depths of one’s mind is a magical journey filled with miracles, and writing is the best way to begin. ‘It’s never too late for new beginnings’, the writer always says, publishing her first novel at the age of 50. She is the author of a children’s book, published in Turkey, and many of her short stories were published in an esteemed literary magazine. 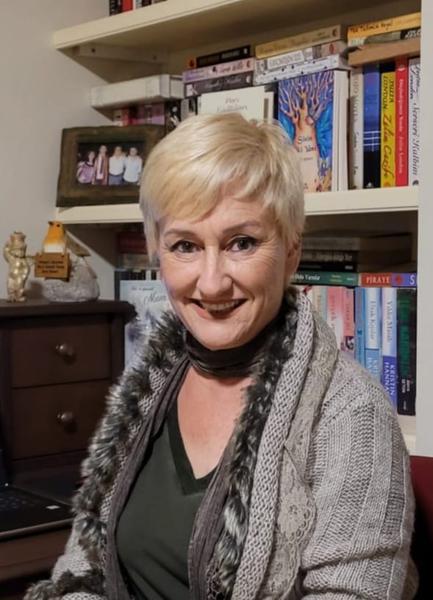 Bard was there at his usual place, sitting on a large rock at the top of the hill, with a flat stare. As the time passed, the fog cleared; the landscape with the green countryside meeting the grey sea and the houses arranged in a colourful order were now visible. It felt as if a curtain was raised, revealing a window to perpetuity... At least that was how it used to make him feel, but now, only emptiness…

Melissa stood still for a few seconds for the feverish tremble in her heart to subside. She closed her eyes and took a deep breath as she thought of her father. She could have sworn that she could scent his smell in the light breeze from the sea. Overcome by emotion, with the hazy sight of Tobermory’s colourful houses arranged in orderly lines, she thought she had just stepped into a fairy tale. A magical, beautiful, warm tale... Was it going to have a happy ending?

Sevil Bütüner is a novel writer from Turkey. She has a second home in Manchester where she writes her books and believes that wandering in the depths of one’s mind is a magical journey filled with miracles, and writing is the best way to begin. She has published several books in Turkish and her short stories have featured in literary magazines.